Facilities management data: who will win the ultimate power struggle? 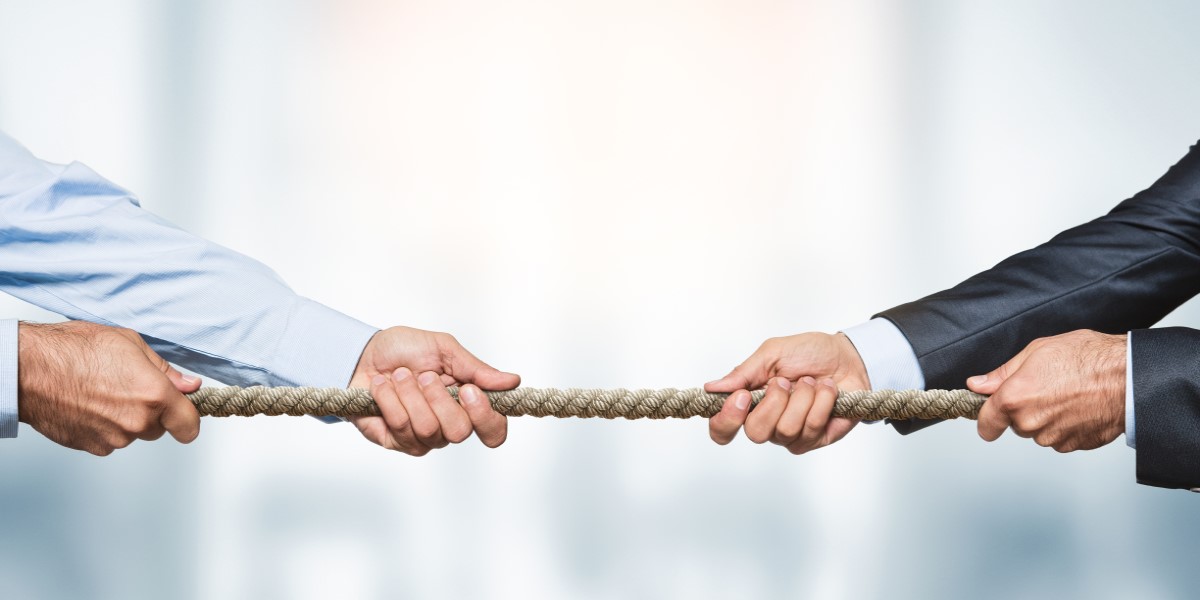 Who owns and controls your FM data? You or your contractors? Over the years TFM contracts and superscale suppliers have robbed internal teams of the data they need to drive efficiencies and optimise operations. But as CAFM technology improves and more FM services return to be managed in-house, is the tide finally turning?

The growth of outsourcing giants like Serca, Capita and Carillion in the early 2000s was fuelled by the mass handout of public sector contracts. For some, it seemed that any ancillary service could be carried out more cheaply and efficiently -  if only it was given over to superscale suppliers.

Slowly and surely single suppliers took over hard and soft FM delivery for all sorts of public and private companies. But their complex networks of contractors and subcontractors soon began to crack under the pressure. The result was often a loss of visibility and control down the supply lines that affected quality and safety. For Carillion, of course, this ended in their total collapse.

And never gave it back

The shift from in-house FM to TFM service providers was often bad news for small to medium-sized businesses. They found themselves at the bottom of the pile when it came to SLAs. They found patchy reporting and work order tracking tech. Sometimes all they could be sure of from their TFM provider was a monthly invoice.

With Carillion, you'd phone a job through, and you just wouldn't hear anything back, until three weeks later when an engineer would turn up. By then they'd either have got the wrong end of the stick, or you’d have solved the issue yourself." Ben Downer, Hard Services Manager, Co-operative Bank

As TFM took hold, detailed attendance and billing data disappeared from the hands of facilities management teams and was never given back. The trade-off for lower FM bills and overheads seemed to be the loss of control and oversight which should have been helping drive efficiency.

In the past few years more medium-sized operations have been pulling away from the TFM model. They are taking fresh ownership of their Facilities Management, managing maintenance, contractors and compliance through single CAFM platforms.

One business who decided enough was enough and opted for a self-managed approach was The Co-operative Bank.

They found that managing their own work orders and contractor relationships via a centralised digital platform was a way they could extract more value from suppliers, rather than simply  relying on supersized companies to pass along economies of scale to them.

Advantages of a CAFM

Instead, with self-managed FM software they could decide their own service priorities, optimise their own workflows and harvest all the data they needed to drive both tactical and strategic decision-making.

The Co-operative Bank found that when they took charge of their FM with a CAFM, cost control and quality of their facilities management improved significantly. Not only this,  but contractors, initially suspicious of the extra work involved in adopting a new piece of technology, actually found that it made their lives easier, too.

We took the time and the trouble to teach them to use the system. We showed them the benefits it brings and how it could really make a difference to the way we worked together.  For some of them, it was like switching on a light bulb.”    Ben Downer, Hard Services Manager, Co-operative Bank

Supersize contractors may not play ball

But getting contractors to engage with a CAFM at all is still a major problem for many FM teams. Sometimes this is a matter of the size of the contractor. Some contractors may be simply too monolithic to change the way they work. They might have their own software and billing systems in place and see no reason to change. Your business might be too small for them to want to make a change to their process to keep your custom. As one FM manager put it to us:

Trying to get a big supplier like Mitie to use a third party CAFM can just seem like a pipe dream.”

But Data is too valuable to just ‘give away’

It seems the Co-operative bank has decided the value and savings they derive from having such close control over efficiencies often outweigh the benefits of working with a big supplier who simply won’t use a CAFM. As a result, they are saying to many of their contractors that using their CAFM is a requirement for working with them.

The sort of midsize or even smaller companies who will agree to this, are actually a better fit for our organisation anyway. Ethically, they're often better partners to be with. At the same time, they’re able to deliver a more personalised service for us. And our use of a configurable CAFM  means we're agile enough to be able to develop that relationship in a way that works for both of us.”  Ben Downer, Hard Services Manager, Co-operative Bank

But many FM teams can’t afford to be so bullish with their suppliers. That’s why CAFM developers are continually looking for new and innovative ways to get even the biggest contractors to use their chosen software.

All their engineers will need to do it scan a QR code, maybe click a button to check-in and then scan a QR code to check out. It'll be as simple as that. And without even realizing it, they'll have given you all the time and attendance records you need, and a chunk of really great, good quality data”                    Josh Greibach at Expansive FM

More and more frictionless CAFMs will make it possible for businesses to gather data from a  wider range of contractors without requiring big onboarding and re-training initiatives.

The writing is on the wall

As budgets tighten and the C-Suite push for more transparency around Facilities Management ROI, it’s essential that companies have control and oversight of their contractor activity. Expecting contractors to instantly and wholeheartedly embrace a brand new layer of procedure in their lives is unrealistic.  You may need to persuade and cajole. You may need to go the extra mile to get them to use your system.

Long term though, the tide and technology is changing. There are powerful reasons why FM teams need to have access to contractor data.  And the latest developments in intuitive FM software will ensure they can get it in the most efficient and frictionless way possible from everyone in the supply chain.

Facilities Management compliance is a huge topic that covers a growing range of statutory and regulatory areas.  But can these different operational risks be bought under control through a single, ...

Meeting tightening standards and regulations is critical for health care FM. But ensuring facilities and equipment maintenance is delivered to a consistent standard across multiple sites is a huge ...